What do Media Agencies want from Radio Stations?

On 2nd February,  I was invited to give a talk to radio station managers and their sales representatives  on what really do media agencies want from radio stations. After the presentation and the discussions that happened thereafter, I felt I needed to share the content of the presentation for many to benefit.

For starters, in-order for you to appreciate the role radio plays in the Ugandan market, we shall start by analyzing the reach for every media channel.

Clearly, radio has a higher reach in Uganda hence most advertisers allocate more of their advertising budget on radio. In 2015, 58% of the total media spend in Uganda was allocated to radio. No wonder for a country as small as Uganda, there are 300+ radio stations.

So back to the question: What do media agencies who represent advertisers, want from radio stations?

A station that understands Media Math:

Terms like Ratings, Listenership, Cost Per Thousand (CPM), Cost per Rating Point (CPRP) and the likes shouldn't be a foreign language to radio station representatives that interface with media agencies. Media Planning & Buying is now more scientific than ever before. The stations that understand media math and can talk the language makes the work of media buyers more simplified. And as a result the station could even negotiate for a higher budget allocation.

A station that is Monitored:

A station that is monitored by any of the two monitoring players in the market i.e. Ipsos or Realforge Uganda stand a higher chance of being included into the media budgets. These two monitoring companies act like the referees, they authenticate whether the stations ran the ads according to the media schedule that was shared with them. The report that these two players share with media agencies include the time the ads were played, the duration and the dates. This is vital information so as to ensure media agencies' clients are not ripped off.

A station that is Compliant:

A station that understands the media agencies clients:

These stations normally understand the target audience for the brands the media agencies have, the challenges the brands face and opportunity that exists, and how their stations will help solve the challenge or seize the opportunity using that stations platform to communicate. These stations proposals are in most times spot on and their recommendations are mostly taken up by the media planners and approved by the client.

A station that is Proactive:

A station that doesn't visit the media agencies or calls up the agencies to find out what new brief they are working on is mostly forgotten especially if, the numbers (ratings) of the stations are low. I think a radio station should make contact with the media agencies at-least once every 2 weeks.

My conclusion to this revelation is that also Media Planners and Buyers need to put some effort and get to know: 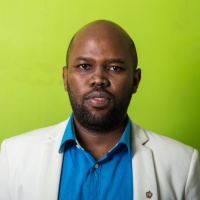