When asked what her most memorable moment for 2011 was at fireworks, Dorothy Mukimba said the Crown Beverages Limited MirindaRific promotion, an account in her docket, by far outstripped everything else. The late working hours, pressure to deliver to client and the accompanying stress were something to remember.

One event, however, was to eclipse the promotion duration, for Mukimba was presented with four of six awards for her efforts during the company’s end of year staff party. Not only did she take the Employee of the Year 2011 Award, but also the Most Reliable, Most Committed and Team Player of the Year awards.

She was generous enough to leave two other awards for Jackie Karungi and Maryanne Karamagi who scooped Best Character of the Year and Most Knowledgeable Employee awards respectively.

Of course the accolades, which will be awarded annually, came with cash rewards of sh300,000 for each category while the overall category, the fireBRAND award, fetched a whopping sh1,000,000. From this, it is easy to see why Mukimba was still smiling long after the party had ended.

While the awards were the highlight of the evening, the day started on an official note, seeing staff gather at the Lawns in Kololo for an all-day workshop. Here, we set a new agenda for the year, one of which included doubling our profits.

Thereafter, staff let their hair loose at Club Amnesia where we partied till the small hours, evidence of which can be seen in the pictures. In the beginning, staff sat about making small talk. With the continued imbibing of various tribes of drinks, however, it wasn’t long before everyone was on their feet belting out tunes, which included “I am not sober.” 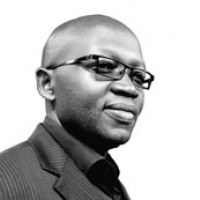